Deal with Anger Before it Deals with You! 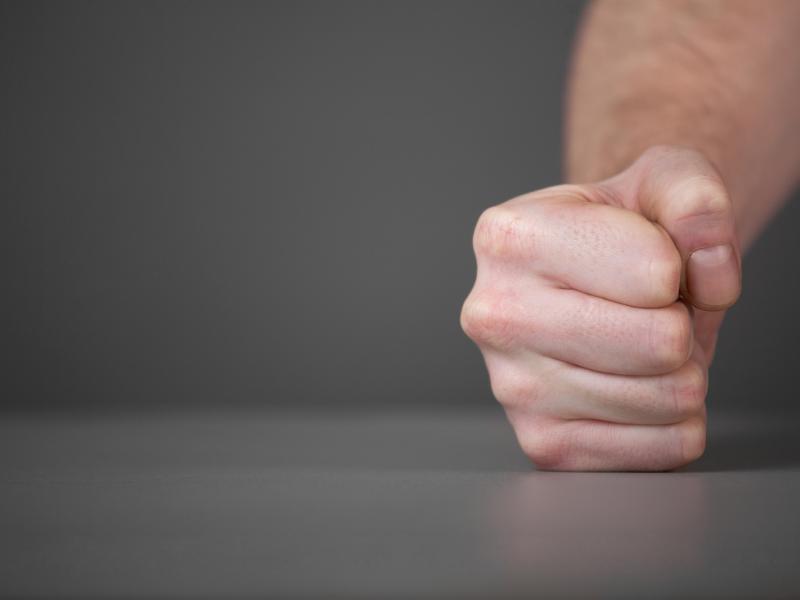 In order to conceptualize the dynamics of anger we must understand the emotion of anger. My contention is that with understanding comes awareness, and the more aware you are the more control you have.

First and foremost, we must realize that anger is a powerful emotion. In gaining awareness one must be cognizant that anger can be positive or negative. For example, it similar to using electricity that can be used to run your appliances or used improperly can electrocute you. In addition, anger can be used to motivate, and energize you, as well as destroy you. It can be used to construct as well as destruct. What we need to learn is how to use our anger for positive results. To help facilitate these results we must change the narrative on how we view anger.

Examples of How People Use Anger Positively

We often experience anger when we feel that we have been treated unfairly or unjustly. Throughout history, people have used anger to fight oppression and discrimination and to effect change in society. For example, the civil rights movement of the 1960’s in the United States, Gandhi’s nonviolent resistance to British rule, and the protest of the Tibetan monks to the oppression of their beliefs and practices by the Chinese government. All of these aforementioned events were the result of the emotion of anger. The point I am trying to make is that it is important we choose to channel our anger constructively rather than destructively.

Anger is a Secondary Emotion

We must understand that anger is the result of a primary emotion, which means that we will experience a primary emotion before we experience anger. We might feel afraid, attacked, offended, disrespected, forced, or pressured before we feel some type of anger. For example, let’s say that someone wants you to do something that you would rather not do. Initially, you feel some pressure, but not enough to say anything about it. However, if they continue to push the issue, now you feel irritation building within you. If they continue to push, the irritation will escalate to anger. At that point, you have to make a choice on how to express your anger.

• You could choose not to say anything and repress it. However, the down side of this strategy is that the issue does not get resolved, and eventually evolves into resentment.

• You can choose to explode and react in a destructive manner. The down side of this strategy is that quite often there is an over action, usually resulting in words and or actions taken that end with remorse or regret.

• Or you can choose to express your anger in a constructive manner.

We must neither deny nor repress angers’ existence but express it in a constructive non threatening manner with the goal of finding resolution. The Bible clearly acknowledges that we are prone to anger, and that we should seek resolution. "Be angry and do not sin; do not let the sun go down on your anger." (Eph 4:26 ESV)

According to Matthew S. Burgess Leary, Ph.D., there are four basic primary emotions that many feel can trigger anger:

This means that we are all prone to experiencing anger from time to time, because we will all experience one of the above mentioned emotions. Once again, the goal is not to deny, but to find resolution. Because if resolution is not found it will turn into resentment. If resentment is not addressed this will eventually manifest itself in various forms of destructive and unhealthy behaviors. In some extreme cases it could lead to death. Newspapers and magazines are filled with stories about people that have murdered, committed suicide, and seriously injured others emotionally and physically because of unaddressed anger. That is one of the reasons why many people think of anger in negative terms.

Research has shown that prolonged anger can have detrimental consequences on our health. According to Dr. Herbert Benson heart attacks, the hardening of the arteries, strokes, hypertension, high blood pressure, heart rate changes and metabolism, muscle and respiratory problem can be linked to prolonged anger. (The Relaxation Response, 1975).

Anger is a Natural Response

Anger is a natural response to certain threats. As a result, aggression is sometimes an appropriate response to anger. The emotion of anger is closely tied to the limbic system, which is closely associated with the primitive brain center. The primitive brain is responsible for our basic instincts of survival. Most of the response in this portion of the brain is instinctual and unconscious. For example, remember a time when you were startled. How did you respond? Did you experience an increased heart rate, did your breathing pattern change, and did you feel flushed? This was the result of your limbic system going into action to prepare you to fight, flee, or freeze. You did not have to consciously think about it, it happened unconsciously.

According to Dr. Louis Cozolino, Ph.D., the limbic system responds at a much faster rate than the central nervous system. Dr. Cozolino reported that it takes the cerebral cortex 500 to 600 milliseconds to process an experience and register it into our conscious awareness. While it only takes the amygdale, the core of limbic system, 100 milliseconds to process the same event, (Psychotherapy Networker, 2008). This means that the first inclination to respond to a perceived attack might not be the best choice in some cases. Particularly, if the situation does not require that we flee, fight or freeze for our survival.

In the 21st Century we will not encounter many situations that require us to go into survival mode. However, we cannot ignore that when faced with a situation we perceive as threatening, we can activate the limbic system by triggering the more primitive portion of our brain into action. A good example, would the incidence of road rage. A motorist is cut off in traffic by another motorist. If that motorist perceives that action against them was intentional, they will feel offended or disrespected. If they allow that feeling to go unchallenged it turns into anger. If the anger is not controlled it could lead to some type of retaliation.

There is a scripture in the Bible that states, "Know this my beloved brothers: let every person be quick to hear, slow to speak, slow to anger; for the anger of man does not produce the righteous that God requires." (James 1:19-20 ESV) We must train ourselves not to act on the first impulse that comes to our minds, because in most cases it will not be the best choice. How many times have you said or done something while you were angry that you later regretted? We must learn to allow ourselves a few moments to think through our choices and the consequences of those choices before we act. It is not an easy process, but it is something you can do with discipline and motivation.

How to Manage Anger

Be aware of how anger affects you personally. What coping mechanisms do you employ when you are angry, and what triggers your anger? There are many ways to manage your anger once you learn to recognize it. The American Psychological Association suggests doing the following:

• Relaxation: Basic relaxation exercises can be powerful tools in overcoming anger. These simple techniques include deep breathing; slowly repeating a scripture or relaxing phrase, such as "relax" or "take it easy"; using peaceful imagery, such as a relaxing situation; or relaxing exercise, like yoga or tai-chi.

• Cognitive Restructuring: Cognitive restructuring is basically changing the way you think about things. This involves thinking more positively about a situation; avoiding the terms "always" and "never," which can be used to justify your anger; looking at things objectively can prevent irrational behavior; and learning to change your approach. For example, requesting instead of demanding.

• Problem Solving: Not all anger is inappropriate. When there is a very good reason for your anger, approaching the situation from the perspective of a problem solver, can help to diffuse strong feelings. Make a plan for how you can fix the situation and approach it with good intentions.

• Better Communication: Angry people tend to jump the conclusions and overact. By slowing down and thinking about what you say, you can avoid this problem. Also, make sure you understand what the other person is saying to you before you respond. Get clarification! Many arguments are the result of miscommunication. Remember, listening is as important in communication as speaking.

• Using humor: By refusing to take yourself too seriously, you can defuse your anger. Try using humorous imagery to lighten your mood and make fun of yourself. Many comedians use this method. However keep in mind that sarcastic and harsh humor can be another expression of anger. You should also avoid simply “laughing off” your problems, which ignores the issue at hand. Instead, use humor to approach the problem from a more constructive perspective.

• Change your environment: Many times our environment contributes to our anger by causing irritation and fury. Make a point to take a break. Schedule personal time. When stress becomes too intense, simply get away for 15 minutes to regroup and refresh.