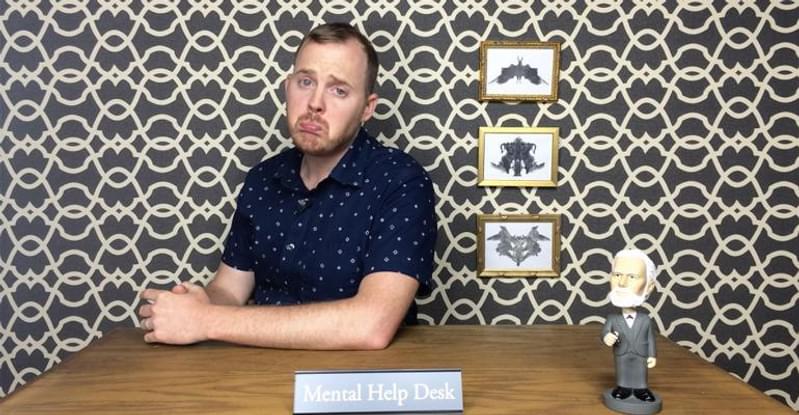 Hello my name is Kirk and I am a Professional Therapist in Portland, OR and I’m happy to be able to share some really important information with you, as a guest here on Mental Help Desk. Today I am going to talk to you about the importance of self talk and how to tell the difference between shame, guilt, humiliation, and embarrassment. These come directly from the Daring Way curriculum based on the work of Dr. Brene Brown.

When I start talking about “shame” folks usually have a visceral reaction to the word and that’s one of the reasons it is so pervasive in our lives…. because we shrink when we hear it, we try to dodge it, we pretend we don’t have it or that it has nothing to do with us. The truth is that everybody has it and the less we talk about it, the more we have it. There’s no way to overcome things in your life if you can’t even utter the words. So spoiler alert: I’m going to be saying the word shame a lot in this video.

One of things that is so tricky about identifying shame is what I just mentioned about knowing the differences between shame, guilt, humiliation, and embarrassment. We often use these words interchangeably in our culture but there is a huge difference. Research over the last 12 years has demonstrated that people who have the highest level of shame resilience- and by shame resilience I don’t mean that they were able to avoid shame all together or that they are a more perfect person because we know shame is impossible to avoid and perfection doesn’t exist… what I do mean by shame resilience, is that they were able to identify shame self talk, know when it was happening, what triggered it, and what they needed to do to move through it with authenticity, courage, and self-compassion… these folks who showed the highest levels of shame resilience, had a few things in common and one of them is: they could tell the difference between these 4 self-conscious affects.

So first- let me kind of untangle shame and guilt. The most direct and easiest way to describe them is:

Shame=“I am bad” Guilt = “I did something bad” Shame is a focus on self. Guilt is a focus on behavior. Say, you’ve been invited to attend a birthday party of a really good friend. You’ve been planning to go for weeks. Your friend is really excited to share the day with you. The day of the party you get caught up with some coworkers- you have a few too many drinks and you realize that you’ve completely missed your friends birthday party. If your immediate self talk is: “I’m such terrible awful friend. Oh, man, I’m such a loser.” That’s shame. If- (same scenario) If your self talk is : “ahh. I can’t believe I did that. That was such a crappy thing to do, I made such a poor choice to have drinks before the party” That’s guilt. Now, a lot of people want to reduce this to semantics. Shame, Guilt- I am bad, I did something bad…. Who cares how I say it in my head? Well, our self talk has a profound impact on us and on our relationships. Shame is highly correlated to aggression, addiction, depression, suicide, bullying, eating disorders, whereas guilt- the ability to separate who we are from our actions-without ripping away at our worth- guilt is inversely correatled to these same outcomes. So as awkward as it may be- the more we can use guilt self talk- the less likely we will be associated with some of these outcomes. As you can see there’s a tremendous difference.

So the next one is humiliation. There is only one ingredient that separates shame and humiliation and that is: deserving. With humiliation you get the same physical response as shame: palms get sweaty, heart races, you want to puff up or get really small… a great example that Brene Brown uses is: A teacher is handing back papers and one of the students doesn’t have their name on the paper and the teacher calls the kid stupid: If that child’s self-talk is “that is the meanest, most nasty teacher ever, I didn’t’ deserve that” What that child is likely experiencing is humiliation. As a parent or caregiver- I’m going to hear about that when the kid gets home- because they’re going to be angry and hurt and want to share it. If the child’s self talk is immediately “ ugh. She’s right, I’m so stupid, why do keep forgetting to put my name on my paper, I’m so stupid,” Thats shame. And as a parent or caregiver I’m not going to hear about it- because the child believes they are stupid- and there is nothing to tell.

The last one embarrassment-is often funny and brief- but the most distinctive feature of embarrassment is that it doesn’t leave you feeling utterly alone in the way shame does. So if I go out to lunch with some new co-workers that I’m trying to impress and in the middle of lunch I realize there’s been a gigantic piece of kale stuck on my front tooth- I am able to laugh it off and move on- because I know that I’m not the only person in the world who has had food stuck on their teeth.

That's all I have for you today. I hope this helps you to start seeing patterns in your own self talk and supports you to start speaking some shame. If you need more support or are seeking more information on how to work through shame- you can contact me through my website- rootstockcounseling.com - and I'll get you connected to the support you deserve.

A Therapist's Perspective on Couples Counseling

How to Start Getting Over a Break-up 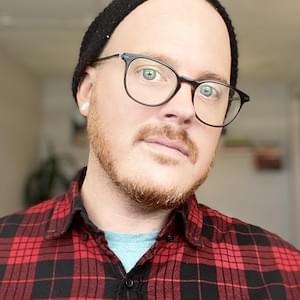 I am a group facilitator, interpersonal process nerd, and community organizer. Power imbalances and systems of oppression are central to my therapeutic understandings and interventions.