Have You Diagnosed Yourself Lately? 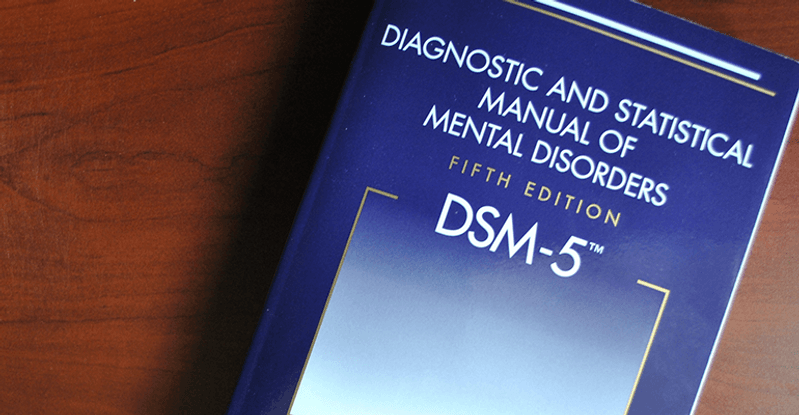 Full disclosure: This is a bit of a campaign. A while back, I attended a lecture by food and culture journalist Michael Pollan on what he termed “the nutritionalization of food.” He reminded the audience that prior to the 1950s, the public had little awareness of the breakdown of food’s calories and nutritional content. In the decades since, it has become the norm for health conscious Americans to check the Nutrition Facts label on packaged foods, and most are familiar with the vocabulary of nutrition: protein, carbohydrates, fat, vitamins. Yet how deep is our understanding of the nuance of nutrition? Do we really know how much riboflavin we should consume every day, or what influence it has on our health?

In a similar way, popular awareness of psychological terminology has increased, and mental health diagnoses, formerly the language only of mental health professionals, have made their way into the current cultural lexicon.

New clients in my practice often introduce themselves by including their self-diagnoses: “I’m OCD,” “I have Anxiety Disorder,” “I think I’m Bi-Polar.” I understand the temptation to label our thoughts and moods and behaviors as a way to simplify our understanding of ourselves, but this simplification robs us of celebrating the complexity and nuance of who we are, and can minimize the significance of these diagnoses for people who really have them.

Every graduate student of psychology had training in the DSM (Diagnostic and Statistical Manual of Mental Disorders) and in becoming aware of the criterion that define each disorder, I am sure that every student saw elements of themselves in certain disorders. I remember fellow students initially convinced and concerned they were undiagnosed narcissists or that their messy desks were evidence that they were hoarders. More in-depth understanding of what makes for a true mental health disorder, however, eventually reassured most that meeting one or more criterion, does not a disorder make.

I recently engaged in some extraordinary behaviors that would be tempting to diagnose – in fact, more than one friend used “OCD” in their commentary on my actions: As pretty much every resident of the Pacific Northwest is aware, a recent New Yorker article about the predicted Cascade subduction earthquake, which is supposed to occur sometime in the next 50 years, created a tornado of swirling anxiety, conversations about moving inland, construction retrofitting, and sales of emergency preparedness kits. I too was caught up in this storm. It happened to coincide with a medical emergency in my family, about which I was worried and felt quite helpless. Because I couldn’t do anything to control the situation, I put my energy into building my own emergency kit. I made lists from various websites, I bought a cabinet, I ordered one of those crank radio/flashlight/phone charger things, I bought canned food, Bandaids, water storage bins, tarps. I would come home from work and tick off a few more items on the list each day. I stayed up late doing this. I spent more money than I should have. I got kind of obsessed with it. My friends were impressed, but also kind of amused, and a few even a bit concerned. One day, I realized that I didn’t feel that I could really stop until it was finished. I caught myself in my obsession.

Reflecting on it over the next few days, I realized what I was doing: I was channeling my worry and anxiety over my family into something tangible. The intensity of my effort and feeling like I couldn’t stop could be viewed as obsessive and compulsive. Do I have OCD? No. One might qualify what happened as an obsessive-compulsive episode, but looking at the whole story, the effort is understandable as an opportunity to release some worry and anxiety, and in the end, I have an epic emergency preparedness cabinet in my garage!

I share this story to encourage an awareness of how casually self-diagnosing might be pathologizing what is normal in ourselves, and perhaps even overlooking how some of our quirks or obsessions or habits can also be healthy adaptations. Psychotherapy, and the self-understanding that results, helps us appreciate that what we might be viewing as a problem, is actually a strength that we can use to our advantage. It can also help us to have compassion for those who have a true diagnosis, whose lives are profoundly disrupted by their symptoms.

I am uncomfortable being an activist, not wanting to impose my views on others, but I’m on a small and respectful campaign to increase awareness of the use of diagnoses terminology: I ask that the next time you are tempted to say you have PTSD from something like having your zipper down during a job interview, see if you can phrase it in a different way. Perhaps the “trauma” could shift to “embarrassment,” and “embarrassed” could turn into a smile, and the smile could be directed to someone with PTSD. Thanks.

How to Get Control over Your Anger