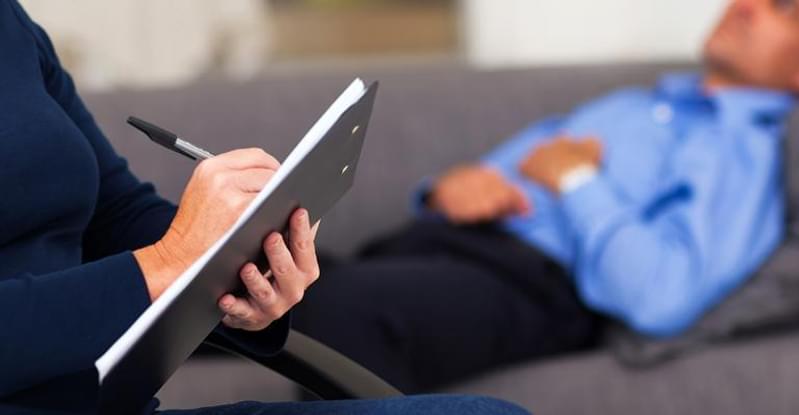 Jungian psychotherapy, a therapeutic practice based on the ideas of Swiss psychiatrist Carl Jung, can provide transformative results, helping clients to develop a rich inner life and, ultimately, a more meaningful existence.

Imagine a successful and happy businessman named Jeff. Jeff has a wife and young children and has focused both on his and his family’s material wellbeing. He has followed in the footsteps of his father and worked hard. He is an energetic and enthusiastic man who loves what he does. One night he has a dream of being stabbed in the heart, a nightmare. Over the next few days, he also experiences chest pains. He wisely seeks his physician’s advice, who finds nothing wrong with him. Yet he continues to experience chest pains and is preoccupied by thoughts of heart disease. After a while, his optimistic outlook on life changes, he worries about his performance at work, and his ability to be a good husband and provider. He continues to have troublesome dreams. One day, as he walks down the street, a homeless person passes by and Jeff overhears him say, ‘the way to happiness is through the heart’.

Jeff’s darkening mood, the intense fear he experienced during his dream and the fear of having a heart attack can be symptoms of depression and anxiety. Jeff decides to improve the quality of his self-care and diet, get more sleep, exercise more, and focus on improving his performance at work. However, the dark mood and the bad dreams persist. Jeff decides to enter Jungian analysis.

From a Jungian point of view, the symptoms that interfere with the smooth running of Jeff’s life are essential experiences to learn from. When we go into a therapist's office, we want to get rid of painful symptoms. In analysis, we take symptoms into consideration, as they are an essential way to gain insight into the logic of the psyche. Our psychologies have their own and unusual logic. The psyche in its totality, both conscious and unconscious, comes into focus.

A Jungian approach to the inner life is symbolic and relies on the capacity of the psyche to represent itself. A dialogue between the conscious and the unconscious is established by paying attention to themes that repeat themselves in dreams, noticing patterns in relationships, physical symptoms, body sensations, the fantasies one weaves, and thoughts that busy our minds. In the course of this deep listening, we discover a unique path that we follow, grudgingly or willingly, towards greater differentiation, complexity, and self-discovery. By exploring our inner focus, we meet aspects of ourselves that are unknown to us. We meet a dark side, dark because it stands in the shadows, out of the light of consciousness. This can be positive or negative. We meet sides of ourselves that we project onto others and kindle our feelings and behaviors toward others.

Jeff, our businessman, had a father who was proud of him and encouraged him to success. Jeff is playful and assertive, but also arrogant. Facing one’s shadow is a painful, lengthy and difficult process. He also discovers his fear, which he did not know existed until he had the heart pains. He feels vulnerable, a new experience for him. Jeff’s world view is challenged by his symptoms. What could he learn from his symptoms? Maybe that he has neglected the heart? What does the heart mean to him? His path towards wholeness begins with meeting his shadow, his vulnerability as well as his arrogance, the parts of himself that seek integration but are rejected. We reject parts of who we are because they are unacceptable to the image we have of ourselves, unacceptable to society, family, or culture.

Jeff dreams that he goes down, crashes down, falls down, compensation for his success in life. He is coming down to earth. In the course of the analytical work, he discovers that the practices of his company are troubling him. He wants to start his own business, guided by values that were not encouraged in his upbringing. The physical symptoms, the nightmares, the synchronistic hearing of wise council from a man on the street could be expressions of his psyche’s inherent wisdom. When Jeff listens to the symptoms, the depression may lift, the anxiety wane, the physical symptoms diminish because he is living in harmony with who he is.

In the course of time, Jeff becomes attracted to another woman and wonders if he has stopped loving his wife. The woman is an animal activist: he is dumfounded by the attraction! He realizes that he is projecting his own inner ‘feminine’ on this woman, an unrealized aspect of himself who has faith in instincts and a heart as large as a giraffe’s heart! In Jungian terms we would call her his anima. The anima is projected and her unconscious qualities are attached to someone of the opposite sex.

Jeff develops empathy for the underprivileged. He begins to imagine he could change his business model, even though it may lead to reduced profit. In other words, Jeff is becoming a more well-rounded man, holding the tension of opposite and conflicting attitudes, discovering new rooms in the psychological house in which he lives. He still has his moods, his upsets, his foibles, he can still be unfair, but he can now keep this link to the core of himself. When we keep constant companionship to the unconscious, the “Unseen” as Robert Johnson, Jungian analyst, calls it, we can become more objective towards the way we respond emotionally, see more clearly the different sides of situations, feel more deeply, and become more connected to human beings around us, nature, and the mystery of life.

About the Author: Dominique Marguerite Ph.D., is a Clinical Psychologist in Portland, OR. You can find out more about her practice by visiting her website or checking out her profile.

The Conditions of Love 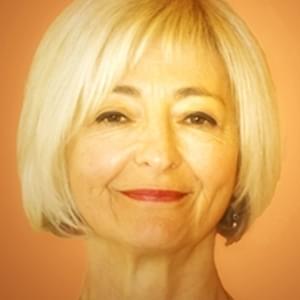 I am a Senior Jungian analyst and a licensed psychologist. I teach and train analysts. I call you back the same day. To therapists in training, or when in financial need I offer some discounts when paying out of pocket or insurance is 'out of network'.