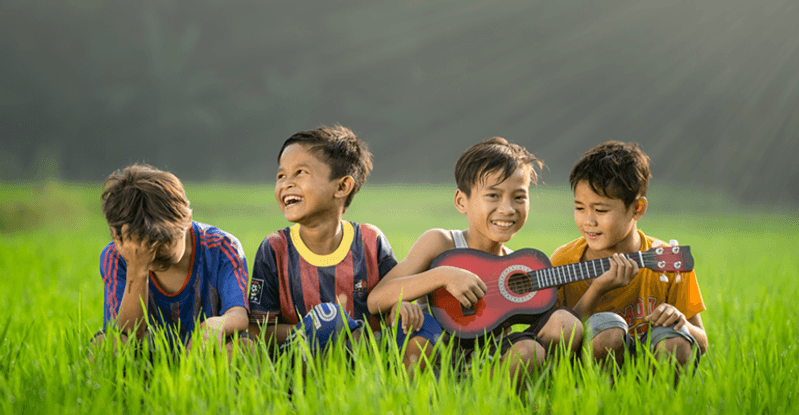 On January 15'th, Martin Luther King Day this year, I had my own dream: I woke up in the wee hours with dreamy thoughts about how I thought we would be past the racial divisiveness that appears to be escalating rather than diminishing in our world today. I got up that morning and started writing about it, asking questions of myself in an attempt to understand what I’m missing: Are things any better at all? How is it that people can still hold beliefs that the color of skin determines character? How is it that our awareness of racial and social inequities hasn’t forced an embarrassed and humbled change? Why do we stay mired in this unhelpful and hurtful muck? What am I missing? Where am I blind? Where can I get help to see?

Then I remembered a time when someone helped me expose a blindspot:

Anyone who grew up in Hawaii in the 1960’s and 70’s grew up with a childhood song by Keola and Kapono Beamer titled Mr. Sun Cho Lee. In public school music classes we learned to play ukulele singing this song. Written by Hawaiian musicians, the Beamer brothers, the intention and message was a celebration of the cultural melting pot of Hawaii, and how amazing it is that so many different races can cohabitate. The song does so by poking fun at racial stereotypes:

“The Chinese man has lots of lychee…
The white man has swimming pools…
The Japanese man has camera supplies…
The Filipino man has fighting chickens...”

I loved this “little kid” song, fully accepting that the main message was one of transcendance: somehow Hawaii had managed to celebrate racial differences and people accepted one another. While I still see Hawaii as an exceptional example of “the melting pot,” an objective person once asked me to reconsider another line of this song:

“The Hawaiian man “no more” nothing…”

This line of questioning never came up for me as a kid, nor as a young adult, but once seen, cannot be unseen. I had a blindspot that kept me from seeing that this song, as benign or even celebratory as it may have been intended, could be harmful. We even have a word to describe what was going on these lyrics: microagression--those seemingly innocuous insults to others that do hurt, that do cause harm.

Just as we once thought the earth was flat, or that the sea held monsters, we can and must evolve in our habits and beliefs. We need each other to expose our blindspots, just like that little magnifier attached to the rearview mirror. I was blind but now I see.

We may feel mired, but I have hope. Public schools now are teaching social justice issues, cultural competency, and non-harming literacy as a matter of course, with great sensitivity to the messages we are teaching our children. Whole generations follow behind me for whom sensitivity and respect for differences is a new normal. We will always have our blind spots, but with the help of one another we can slowly but surely expose them, help pull each other out of the muck, then make corrections toward a more egalitarian path forward.

Childhood Emotional Gaslighting: How We Might Have Missed Emotions School

Responding after your child self-harms: 6 steps for parents