Weed and Yoga, Maybe Not? 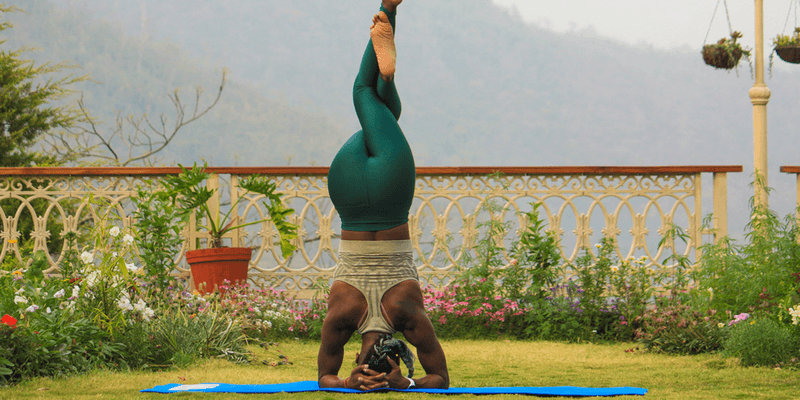 Contrary to popular myth, weed is not the magical doorway to higher consciousness that many hope for. I understand it’s possible you didn’t want to hear that, especially if you live in my town of Portland, Oregon. Cannabis was legalized here in 2015 and it has since become a Cinderella industry. Also, I’m also not opposed to weed. I’m simply making a case for yogis who are serious in their practice to give thought about why and how they recreationally use marijuana.

There are many reasons for developing a yoga practice, spiritual growth is just one of them. How yoga can assist us spiritually depends greatly on which path we are following. Not everyone’s spiritual practice is affected in the same way through yoga, though everyone can benefit physically, mentally and emotionally from yoga.

Marijuana has specific, adverse effects on your aura and soul that affects spiritual development. You likely won’t hear about these insights, because the people speaking on the subject, whether in favor or against, lack intel on what happens to your energy field when you put weed in your body.

Marijuana messes with the body/mind connection. It creates a dissociated state that interferes with spiritual growth and well-being.

The essential problem with cannabis is that it creates a split between body and soul. This is something that can be detected with subtle sensing. Those unfamiliar with this type of sensing may be quick to dismiss it as whack-a-doodle nonsense. But folks had a hard time believing the world was round at one time, too. Stay with me.

Marijuana proponents are quick to offer how chillaxed the drug makes them, in contrast, to say, alcohol drinkers who tend to be more boisterous. While this can be true, it doesn’t validate the use of a substance that creates an energetically fragmented condition. The fractured aura of smokers keeps them peaceful, but at a price. That fuzzy energy field inhibits fully feeling emotions. When you understand this, it offers a different, albeit less benign, image.

More often than not, when people have averse emotions or thoughts – such as boredom, sadness, doubt, loneliness – they tend to want to escape and there are many ways to do this. They can drink alcohol, eat junk food, or surf the net. They can sex it away, shop it away and they can smoke it away. The difference with cannabis, is that the spiritual problems last longer.

An honest dialogue about the impact smoking weed has on our emotional and spiritual growth is still in its infancy, though more yogis are speaking out. Supporters report feeling more peaceful when they smoke, but they aren’t transcending their pain in any useful way. They’re just suppressing it. Their escape from emotional discomfort is fleeting. Sooner or later, it will make itself known. Consequently, the tamping unwanted emotions may explain the psychologically addictive quality of marijuana.

The belief that marijuana helps “take the edge off” is a euphemism that hides the emotional discomfort consumers seek to avoid. To be fair, it takes a great deal of courage and determination to work through discontent. Unfortunately, smoking doesn’t build courage and determination. That requires the soul and personality coming together to reside within a coherent whole. As proposed, marijuana interferes with that.

Harmonizing mind, body and spirit is the key to being aligned with your true self. Anything that muddies your energy is slowing your progress. Better to be clear in your perception – even if this involves challenging emotions — rather than hide in a fragmented experience of self.

When your soul, or wise self, is integrated with your body, you become more conscious about how you treat your body. When your soul is able to shine into your emotions and mind, it infuses them with the energy and strength that lets you confront deeper issues. Weed disrupts this unity and short-circuits your spiritual empowerment.

Another concern with weed is that getting high can mimic spiritual experiences. That’s due to the psychoactive compound THC. Many of THC’s reinforcing effects are mediated by the dopamine system. THC increases the release of dopamine and serotonin, which feels great! The downside being, long-term use is associated with a blunting of the dopamine system. Gradually, the body’s ability to make this natural, feel-good chemical diminishes – which may explain why high doses of THC are linked to depression. Which is not so great.

To understand what happens on an energetic level, imagine a person with a narrow view. Such a person might find that weed helps them feel and see beyond their limited scope. That seems impressive, almost mystical. It even suggests that marijuana might be a consciousness expanding substance.

The “problem” is that it does expand perspective, to a point. It does give people a more expanded view. Until it doesn’t. When a substance keeps you at an intermediate level of consciousness, you’ll always be chemically limited from attaining higher states of realization. When someone who feels stuck or bored uses weed, they get a fleeting view of expansion and believe they’ve a found a way out from small mind.

To better understand this, imagine a range of consciousness between one and ten. A one represents a narrow perspective, while a ten represents a wide perspective. A person at level one or two could go to level three or four with the help of marijuana. They might be quite pleased by this shift. As they would say, their consciousness has been expanded, they feel more creative, and have a broader sense of reality.

It’s a convincing argument, until you realize that weed is keeping them from going beyond level four. This is the elephant in the room that spiritual seeking smokers would rather not talk about. Again, I’m not against the consumption of cannabis. I want us to be candid about its impact. Clarity of mind is key component of spiritual development.

The ability to sense, name and locate your energy blocks is vital to self-healing.

The popular claim that marijuana generates peacefulness is based on a restricted idea of what peace is. Peace is not merely the absence of strife or violence. If there were no other options for attaining inner peace, or for dealing with your emotions, then the assumption might be valid. But there are, in fact, many options:

Another spiritual concern with marijuana is that it can cause users to get stuck in their heads, endlessly looping thoughts and ideas. It’s hard enough to reign in the mind when one is calm and clear-headed. But for the smokin’ yogi, it’s nearly impossible. You can bend and twist to your heart’s content, but your ability to connect more deeply within will be hindered by the ego’s ceaseless chatter.

In case your thinking, “Well this sucks.” Know that spiritual integrity is something you develop over time. We can’t float our way there in a cloud of smoke. It’s a daily practice. And just as we build muscles through daily exercise, we can build spiritual strength by cultivating awareness.

No matter where we are in our personal development, we can always choose to move in a healthier direction. If we’re lucky, it’s a decision we get to make every day.

If you’re already making better choices, chances are you can appreciate how less-than-best choices interfere with your energy. For the soul-seeking yogi, this may require taking a hard look at a well-loved habit.

When you do, you get a sense of what it means to live in alignment with your best self. You can literally feel nature [spirit/soul/essence] buzzing within you. That vibration is the sensation of being alive in the deepest sense of the word.

The Significance and Simple Pleasure of Joy 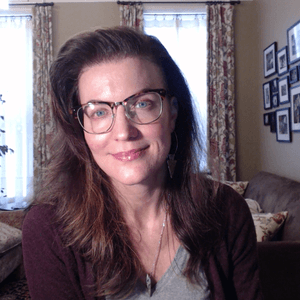 I help people live with greater ease and grace by engaging the body in the therapeutic work. My style is warm, soulful and down-to-earth.